I know now I’m only 28 and probably I’ll regret what I wrote today more than what I did when I was 14 (or even worse, 21!) Well, but I wrote it anyway, just in case later you want to understand what growing up and moving on was like, from my point of view.

Okay, let’s start with music. I stopped giving mixtape and accepting one. Practically because I’m married and basically I listen to what he listens to and of course I’m too old to try liking new music. Nowadays, it’s either I fall for a song from the first 10 seconds listening, or not at all. Besides, giving a second chance isn’t my forte.

Now, the bad news. Now, I’m too old to hate everyone. I have to deal with people and attend neighborhood gathering (because I have to get an update about the increase of housing complex general facility service fee or other things like that) and soon I have to come to parents’ meeting at school or something like that and a couple of decades from now I’ll possibly be so forgetful and needing help. So yeah, Mae, if you want to hate everyone, do it while you’re young; while people take it as something cute and hormonal.

Oh, I’ll probably create a mixtape for you. Just in case later you ask me what kind of songs I fell for only after 10 seconds. Now, let’s just call it a night.

Aren’t we all traders? Each day, we trade a piece of our existing selves with what becomes memories. We trade, piece by piece, a home built by our family and childhood friends and little monsters on the backyard. A home built of fairy tales and laughter, hugs and prayers, day trips to the beach and zoo. My home; by my Ayah and Bunda and hours of commuting to the capital by bus. Yours; by us and the untold stories and letters that are never finished, never sent.

As we grow, our hearts go into tiny pieces by wanderlust, by books we keep rereading, by dreams we were taught. As we grow, we go. Often when we go too far for too long, we take too many memories with us. We capture La Giralda, it replaces our first sand castle helped by a favorite aunt. We stroll around London, and miss our fathers’ hometown less and less. We fall in love with strangers and out of love with another. We trade and trade and leave so little of what defines home.

Most of the time we just lose that little piece on our way home; we trade it on the airport or with the smell of the sea and its infinite possibility. We get all the boarding gates and seafloor we want, but no more home.

As we grow, we trade.

Sometimes, late in the afternoon while you took a nap and I was too tired to prepare the dinner, I sat still and questioned myself, “Did I trade too much when I was young?” 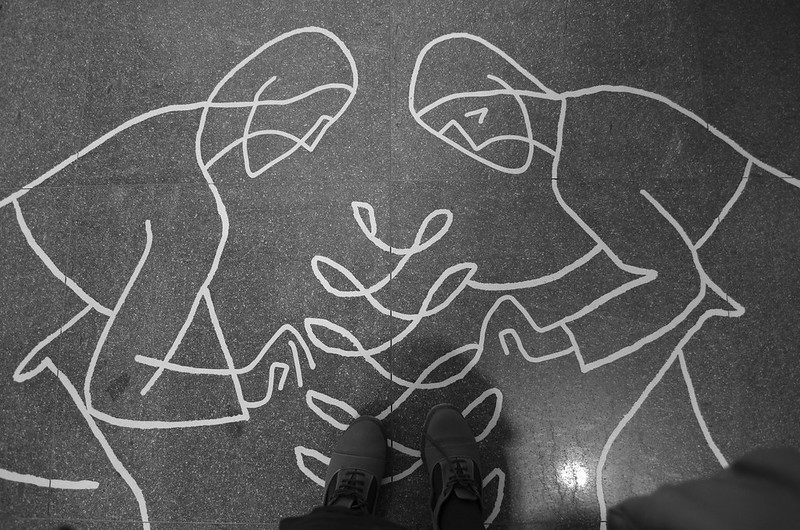 Sometimes, when I’m by myself, which is pretty often, I wonder if later you will ever want to know small things about me. Like what I do on the weekends. If I enjoy going to the zoo. If I have always had my coffee black. That my favorite shoes are red. That I keep the coins I got from traveling and heart Danish ones the most because they do have little hearts. If I ever danced. If I am a Harry Potter reader. That I only buy neutral colored clothes. If I have always listened to sad songs. What my favorite Disney movie is. That I’ve ever been in a Neko Bus. That I love the smell of IKEA. That I’m a lot of other small things; rainy day playlist, fear of ghost tales, train trip memories or faded scenery of the sea. Just like everyone else.

That just like you, Maera, we all are many little things and some untold stories.