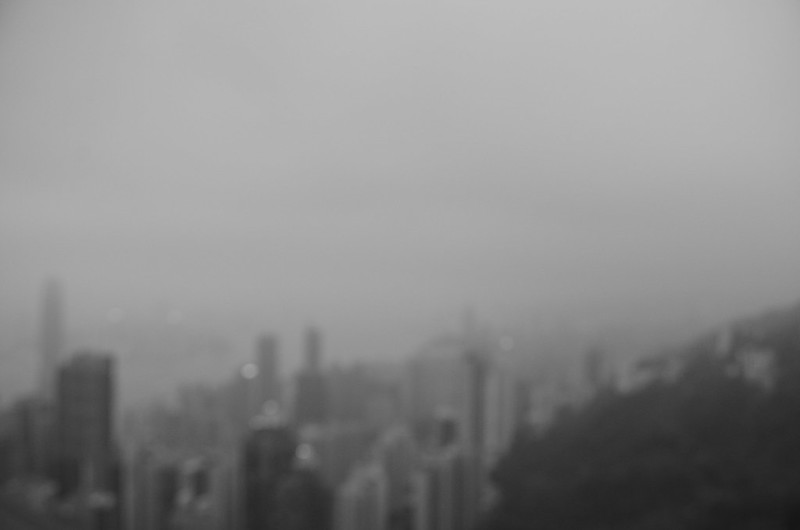 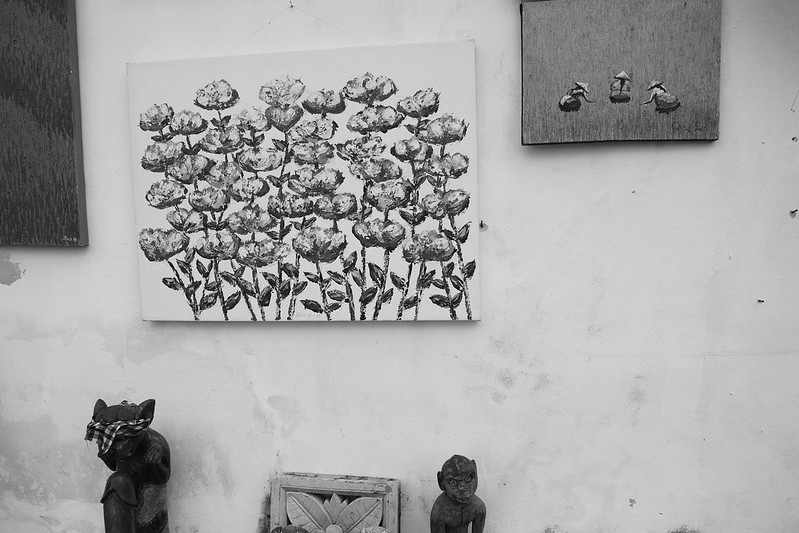 My daughter was born last week. I named her Rosalie because I don’t want to forget Dominica, and you, and the happiest year of my life. I actually wanted to name her after you but I’m not sure if I’d ever be able to handle it: to reproduce the vivid memory of you waving goodbye or us kissing in front of the Baobab tree, when you told me I was another David, that came, destroyed and be forever remembered.

(Inspired by the Baobab tree called Goliath that fell during Hurricane David, 1979) 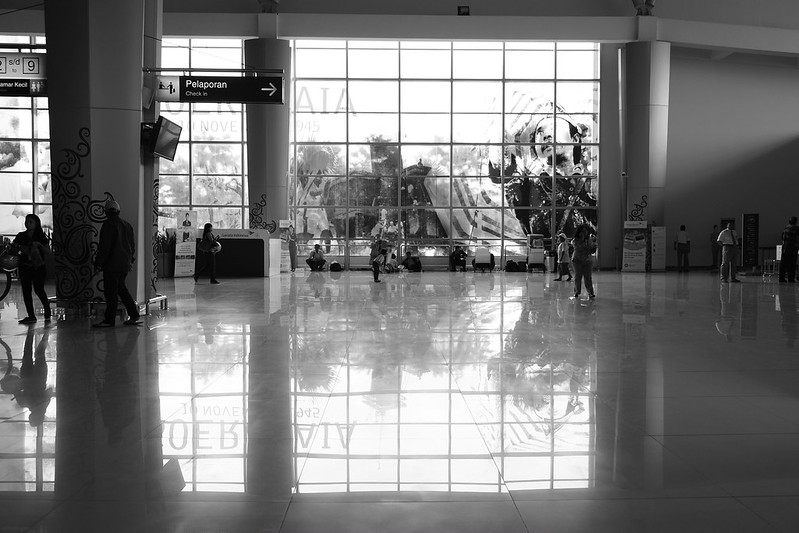 Aida stared at the screen of her phone, unblinking until it dimmed due to inactivity. Her mind went blank yet jammed at the same time and stayed that way for the next couples of minutes. The breaking news on Twitter just told her that a plane flying to Singapore lost. A plane with flight code on Rudolf’s text that she suspected got multiple recipients; herself, his company chauffeur, and his wife.

She didn’t know what to do, the news was unclear and unconfirmed. Based on an article she read on the internet, the probability of surviving a flight is 99.9999815%, much higher than surviving an affair in marriage. As she scrolled down the timeline, some people mentioned about praying. How long has she stopped praying? Should she start again?

She decided not to get her mind stuck thinking about the praying option and used her cell phone to call the airline, hoping to gain some information. The operator refused to tell anything about it and suggested to pray while waiting for the official statement. Pray. She remembered how she wanted to be a journalist during elementary school then how most of her dreams stopped growing and faded away as soon as she got into university.

One of those dreams was being happily married.

Aida met Rudolf during a business trip. Rudolf was always into indie music, unpolished gemstone as he described, and during the break time of meetings or conferences he would browse around local record stores. He appreciated music by having legal copies of everything. He bought CDs, purchased files in iTunes store or mailed the musician every time he copied mp3s from his friends and colleagues for free. He would say hello then write anything positive about the music; how it reminded him of his favorite butter croissant or his last days of high school. If it was dark he would spill a bit of his childhood dream of being an astronaut and sucked into the black hole. He would close the mail by asking whether the musician minded him keeping the files. If there was nothing good to write about the music, he would simply delete it. If the musician wrote back and told him that he couldn’t have it, he would also delete it.

Nobody ever wrote back and told him they minded. There were only 2 kinds of response: 1) those who say that it was so nice of Rudolf to tell them and 2) simply nothing.

Aida handled a small corner in a major record shop. Her booth consisted of limited indie CDs and old rare vinyl collection. At night, she worked as a ghostwriter or trashy clickbaits. When Rudolf came on a Thursday just before the shop closing time, still with his formal shirt, rolled up sleeves, and a bottle of half empty mineral water on his hand, she felt an urge in her stomach to impress him. She told him that they were closing as he started looking through a stack of discounted vinyl. “Come back tomorrow,” she said. He explained that his schedule was tight as he was only a couple of flight schedules away from home. She then gave Rudolf her copy of a new indie jazz singer from the ‘Now Playing’ box, “My personal local recommendation,” she said and wrote down the address of her weblog. “Just come here the next time you visit,” she added.

The following afternoon, Rudolf came again, earlier and handed back the CD. “I don’t like it,” he said with intonation that was hard to define. Aida felt surprised and offended so she just took back the CD, said a simple, “Oh, okay.” She looked away. “But I visited your blog. It reminded me of the only party I ever enjoyed because I enjoyed the setlist. You know, real good thing you rate during sober.” He told her resumed browsing from the last rack he dug out the day before and said nothing more.

They went for coffee nearby after the store closed. Rudolf brought along a paper bag with two CDs from an indie rock band inside; another recommendation from Aida of which she let him to preview first, no wanting to feel rejected for the second time. “I rescheduled my flight. I felt that if I spent more time in your section of the shop, I would find something.” He stopped for some seconds, stealing a glance on her, “Which I did,” he went on.

“Do you return every gift that you don’t like?” Aida asked, trying hard to keep her sound cool as she sipped on her Americano, burning her tongue. She usually ordered something sweet and creamy but she assumed that Rudolf would underestimate her, which was simply the last thing she wished for now.

“Well, I don’t keep things I’m not using, or music I’m not listening.” He said while holding his mug with both hands, as if transferring some exact amount of heat from the coffee. “Actually,” he continued, “I’m not a type who returns presents, but I simply would like to return.”

“Wow. What is that supposed to mean?” Rudolf replied and laughed.

“What do you feel after I told you so?” Aida winked and continued, “That was what I felt when you told me you rescheduled your flight to return the CD I recommended just because you didn’t like it.”

It had been almost a year since the first time she met him. He had been coming regularly on recurring business meetings. He always came to the record store, then they would go to the café after the closing time, or walked through the nearby park as if they were in Before Sunset movie. Sometimes they stopped and kissed, but they never went beyond. He visited her studio some times but he always left after dinner. When he was not visiting and she missed him, she made a mixtape in 8tracks because he didn’t need to own the file so he wouldn’t bother mailing anyone for permission. He would mark her mixtape with heart symbol or not at all when he didn’t like more than half of total number of the tracks.

Rudolf had been married for almost 6 years and tired of her wife who kept reminding him about it and about how she wanted a baby, or babies. Aida listened and sometimes she responded with weak smile; too weak that it looked almost transparent.

Aida means many thing because it is something, at least, in Italian, Egyptian, and Japanese at the same time. According to an entry in Wikipedia, Aida might even be derived from the Rosetta Stone. In Japanese it means ‘between’. Sometimes she wondered if she was between Rudolf and his wife. Sometimes she wondered if being in between two points meant separating or connecting. Sometimes else, she just imagined herself as a hinge, a samskeyti, of Rudolf and a nothingness on the other pole without his wife.

“By the way, Aida, I was surprised you put Samskeyti on your latest mixtape. It was one of my favorite tracks on the bracket album.” Rudolf told her before he left for the airport for the last time.

“The first time I discovered that song, I still believed in God and I thought that God created Sigur Rós to present me the song.”

Then there he waved good bye and said, “Bye, Aida. I’ll text you as soon I reach airport.”

After a week, the plane was still missing. After the shop was closed, after having sweet and creamy and icy blended coffee, Aida walked home while gazed into the night sky once in a while. She never cried because she always knew, from the way he always drew himself back first when they kissed, that sooner or later Rudolf would be forever gone. Though she couldn’t help to wonder, what Rudolf had been thinking when the plane flew out of radar. Could it be her? Could it be his wife?

Could he be praying?

She stopped at a magazine stall and took a copy of a national magazine, special edition dedicated for the missing plane. As she flipped the pages carefully she finally landed on special pages of interview with the family and friends of the passengers. For the first time since the plane went missing, she wept without a sound.

“He would never see the baby we’ve been waiting for 6 years.”

Aida mourned for everything, for herself being; a non-working samskeyti, a useless joint.